skip to main | skip to sidebar

the return of the transgendered kitty

Miracle of miracles, MaryLou has returned without a scratch on her/him. Last night just before 8p.m. my little one went out to check on the chickens and there was our sweet (if not confused) little calico kitty. I suppose he's down to eight lives.
Posted by Regina aka Wife Of Job at 11:36 AM No comments:

After our twelve year old orange tabby died the boys duped Rob and I into getting two kittens from the local feed store. A cute little black and white male that we named Flash and a calico named MaryLou. We were excited for the boys to have a litter of kittens before getting MaryLou fixed. Last week our dreams of pink noses and kittens came to a crashing halt when MaryLou put her tail in my face and I noticed parts. Boy parts. MaryLou was quickly renamed (by Job) HarryTwo.
It has taken us the better part of a week to recover from the shock of out transgendered cat when this morning, while waiting for the school bus, HarryTwo ran out in front of a gray Honda (that didn't stop). Thud Whack. He ran off into the woods with all the children watching, Job in his pajamas chasing after him. The boys got on the bus and I had to leave to work and as I pulled into the school parking lot who came out of the back seat but Flash. A black and white furry stowaway. I called Job, who came to get the freaked out little cat who was shedding everywhere, and in I went to start cleaning my room for the last week of school! I'll let you all know if HarryTwo shows up. Its been a Bad Kitty day at the Millard house.
Posted by Regina aka Wife Of Job at 10:08 AM 3 comments:

what? no cap'n crunch with that milk?

This morning at breakfast the boys were arguing over who won at minature golf this weekend. Next thing I knew the little one is tugging on the showercurtain dripping wet. His older brother poured milk, from the jug, over his head. Sorry Miss B. Hope he doesn't smell too bad!
Posted by Regina aka Wife Of Job at 1:24 PM 1 comment: 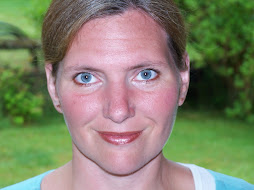 Job: "Thou speakest as one of the foolish women speaketh."

Interchange between the suffering Job and his wife, found in Job 2:9-10.

I love being Married to Rob (aka Job). However, those that know us can attest that our married life hasn't always been idyllic. And durring those times that have been a little on the rough side Rob has been a rock, while I on the other hand am a little more like Job's wife. I complain, I plot, I use sarcasm, and boy can I hold a grudge! In trying to correct that I am redirecting my time and energy thi school year toward pintrest. I am going to try to do 180 pinterest posts in the 180 days my kids are in school! Wish be luck!
"Not everything on Pinterest is a good idea!"
-Mason age 10

Regina aka Wife Of Job
I am married to a great guy aka Job (pronounced jobe for the non-religious type) and we have two boys, making the testosterone level at my place way too high. However I wouldn't have it any other way. And while I may come across as negative, angry, sarcastic, and overly passive aggressive, I only claim the last two! Yes, I use sarcasm and unfortunately the passive aggressive part comes from my inability to truly say what I'm feeling. I'm working on that part, thus a place to publicly vent, aka "my blog."

Oh, The Places I Go! 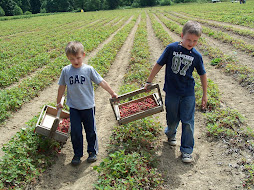